Posted by Paul Samael on Tuesday, March 20, 2012 Under: Book reviews 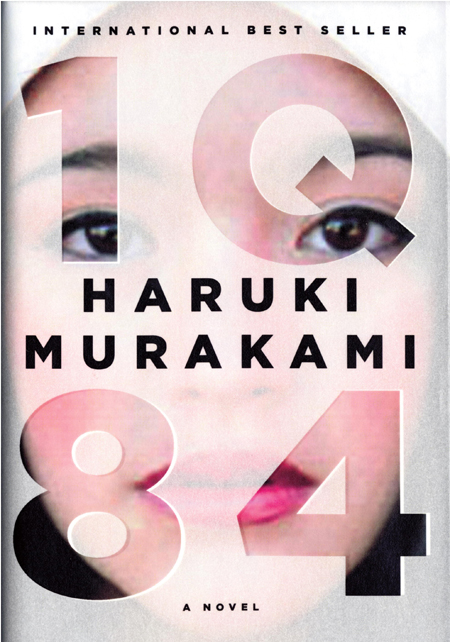 Avid readers of this blog (are there any?  I wonder…) may have concluded that I do not exactly appear to have my finger on the literary pulse (see this post, for example) – but how wrong they are, because not only have I read Books 1, 2 and 3 of the thumping great tome that is Haruki Murakami’s "IQ84", which has only been out since October last year but Lo!  here is my review of it:

First of all, I should probably make it clear that I’m a fan of quite a lot of Murakami’s earlier work – my favourites (in no particular order) are:  “Hard Boiled Wonderland and the End of the World”, “Underground”, “The Elephant Vanishes”, “South of the Border, West of the Sun” and “The Wind Up Bird Chronicle.”  But I don’t consider myself to be uncritically admiring of him and I’ve been disappointed by his more recent output – for me, “After Dark” and “Kafka on the Shore” felt like he was treading water.

I’m pleased to say that IQ84 is something of a return to form so far as I’m concerned, although I have some reservations about it (see below) – so if you are new to Murakami, I wouldn’t advise you to start with this one.  It’s essentially a love story between Tengo, a writer, and Aomame, a fitness instructor with an interesting sideline in bumping off men who abuse their wives or girlfriends.  But instead of the usual “boy meets girl under a silvery moon” scenario, Tengo and Aomame spend most of the time not meeting – their lives play out in parallel, but with few points of actual contact.  Oh yes, and in the parallel world of IQ84, there are 2 silvery moons, not one.

What did I like about it?  Well, first of all, there are plenty of interesting ideas in play here e.g. dopplegangers (the parallel worlds of 1984 and IQ84, the two moons etc), a novel within a novel and a secretive religious cult (somewhat reminiscent of Aum Shinrikyo, which Murakami covered in “Underground”).  Now it’s true that many of these ideas have been done before in fiction, but Murakami provides some interesting twists.   For example, the novel within the novel was originally written by one character but is being rewritten in a more literary style by Tengo.  And the allusions to Orwell’s “1984” seem to have been set up more by way of contrast – there is no “Big Brother”, instead there are the mysterious and rather sinister “Little People” who are more of an insidious, unseen force (although their power seems to be limited – they are certainly not as crushingly all-powerful as the totalitarian state in Orwell’s book).

This brings me to the other thing that I particularly liked about it – that things never turn out to be quite as black and white as they initially seem.  For example, the protagonists all find themselves in morally ambiguous territory (is it right for Tengo to be rewriting someone else’s work?  Is it right for Aomame to go around bumping off abusive men?)  and even some of the antagonists aren’t quite as unremittingly “bad” as they first appear. Throughout the book, Murakami seems to delight in setting up apparent polar opposites only to reveal that in fact, there are unexpected linkages and interdependencies between them.

But although there are some fantastic pieces of writing in it (such as Aomame’s meeting with the mysterious cult leader), I’m afraid I did find it too long – especially book 3.  And I felt that both the characters and the ideas weren’t explored as far as I would have liked or expected in a book of this length.  So it was hard to feel entirely satisfied at the end.  I think I can see what Murakami was trying to do in book 3 – he takes a short period of time and views it from the perspective of 3 different characters, each passage overlapping with the previous one.  So full marks for formal experimentation – but a somewhat lower score when it comes to the more fundamental matter of keeping my interest.  And if you pick up the book in the expectation that it will give you an insight into, for example, Japanese culture and/or why cults like Aum Shinrikyo behave as they do (or did), you are also going to be disappointed – if that’s what you want, read “Underground”, which is Murakami’s excellent non-fiction account of the Tokyo gas attacks.

But overall, I’m pleased that Murakami still seems to be able to write fiction which is thought-provoking and ambitious, as I had begun to wonder if he’d gone off the boil on that front.