My secret life as an undercover agent

Posted by Paul Samael on Tuesday, August 2, 2011 Under: Self-publishing 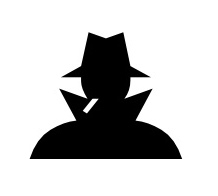 The first few chapters of my novel have been on the peer review site, youwriteon.com, for a few weeks now and I have so far had 6 reviews - mostly quite encouraging but with a couple of not so good ones.  It was a not so good one which prompted me to post the following in the biographical details section of the site (which I had left blank up until then):

"After a spell in the SAS, I worked undercover for the CIA on a mission to infiltrate a vicious gang of Colombian drug smugglers and drive a stake through the heart of their leader (who was a vampire), whilst simultaneously thwarting the plans of sinister men in the Pentagon to do sinister things with mind-controlling drugs (but my recall of events from this point on is a little hazy). Anyway, on my release from hospital, I suddenly realised that what I had really wanted to do all my life was write literary fiction - so here I am on yourwriteon.com.
Re-reading the above, I am driven to the conclusion that it may have been a mistake to start work on my biography shortly after receiving a bad review of the opening chapters of my novel, which lamented their lack of car chases, explosions, scenes of torture etc (I should point out that I had categorised my work as 'literary fiction', which is not a genre widely recognised for its edge-of-the-seat action sequences).
The truth, as always, is rather more mundane - I work in an office, am married with 2 children and have published 2 non-fiction books (they weren't very successful, so the office job continues). Obituary-writers are likely to be hard pressed to use words like 'heroic' to describe my time on earth except perhaps in sentences like: 'his efforts to publish his atrocious first novel were undeniably heroic.' If you want to find out more about my adventures in (self-)publishing, see www.paulsamael.com"
Overall, though, I've been impressed with the standard of writing and reviewing on youwriteon.com so far.  If you want to get some feedback on your own writing, I'd recommend giving it a try.

I'm planning to give another peer review site, authonomy.com, a try - but the following posts suggest that it may be a trickier proposition. In particular, it appears to be more open to abuse by "you scratch my back, I'll scratch yours" tactics (youwriteon.com avoids this by randomly assigning your review pieces, so you can't get a glowing "return review" simply by praising someone else's work to the skies).  But until I've tried it out, I'm going to reserve judgment on authonomy.com for the time being.  Anyway, here are those posts about authonomy:

UPDATE 9.2015: Authonomy has just announced that it is to close - see this post.