Posted by Paul Samael on Monday, June 6, 2016 Under: Random thoughts 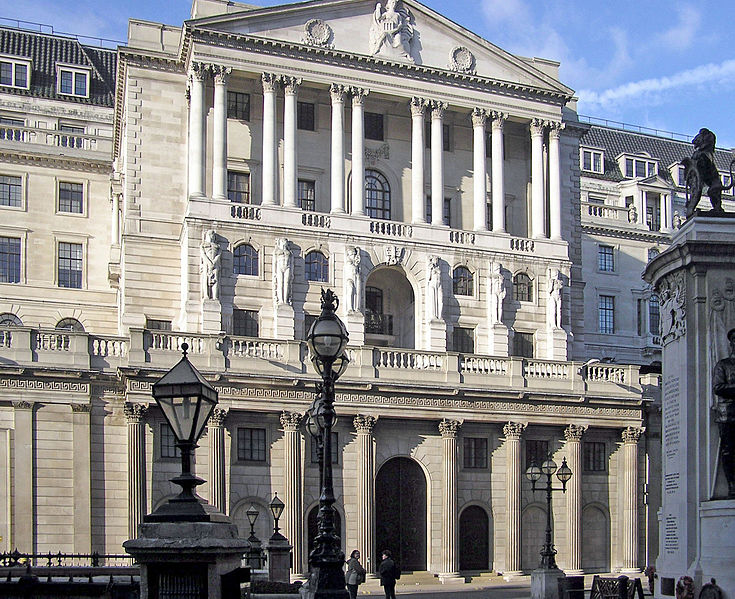 Having discussed security and trade in previous posts, I’m now going to look at the impact of the EU on the domestic economy.  Maybe I should retitle this “Boring for Brexit,” as I suspect most people are sick of hearing about it – but it’s also hard to find much in the way of reasoned analysis of the issues, hence this series of posts.
Anyway, my starting point is the argument of pro-Brexit campaigners that since the vast majority of UK businesses don’t export, the Single Market is no benefit to them, so why should they be subject to all the EU’s supposedly burdensome rules?   When I first heard this, I thought it was one of the more persuasive arguments I’ve heard in favour of leaving.  After all, even if you accept that the EU is of benefit on the trade front (which not everyone does), that is something that tends to favour larger businesses.  As Brexit campaigners correctly point out, these larger businesses represent a minority of businesses in the country as a whole (less than 1%, believe it or not)– so why should their needs take priority over the 99%?

One statistic doesn’t tell you everything
But like many statistics being thrown around in this debate, this one doesn’t tell you the whole story.  Although the number of medium (50-249 employees) and large (250+ employees) businesses in the UK is under 1%, they account for a whopping 68% of total turnover and 52% of private sector employment (see this data).  To me, that suggests we shouldn’t discount the interests of those businesses - because if they are damaged by leaving (as suggested in my previous post on trade), it is likely that wages will be lower, there will be fewer jobs and less tax revenue for government to spend.
But would the 99% be better off out than in?
Of course, that “unpacking” of the statistic doesn’t really address the point about businesses which don’t export having to comply with EU rules, many of which are intended to provide a level playing field across the Single Market.  The main argument here is that leaving would allow us to ease the burden of red tape on business – which I’m going to look at below.  But even assuming that Brexit supporters are right about that, those gains would have to outweigh certain disadvantages of leaving which would be likely to affect the majority of smaller businesses, at least to some extent:
EU red tape: how big a problem is it?
Pro-Brexit campaigners are highly critical of EU regulation – rightly so in some cases.   They claim that on leaving the EU, significant savings can be made from deregulation – estimated at £12.8 billion by the moderately euro-sceptical think tank Open Europe.  There are really two questions here:  (i) is EU red tape really as bad as all that?;  and (ii) are the projected savings realistic?
On the first question, there seems to be a gap between the perception of red tape and the reality of how bad it is in practice (and whose fault this is).  Surveys, like this one and this one, tend to suggest that businesses are drowning in red tape, with employment and tax law giving rise to most complaints.   But when you look at more objective measures of how the economy is doing, you get a rather different picture.  For example, the UK’s unemployment rate is currently just over 5% - whereas in France it is double that and in Spain it is over 20%.  So even though all 3 countries are subject to the same supposedly crippling EU rules, our economic performance has been significantly better than those countries.

One of the reasons for the difference is that both France and Spain have much more restrictive rules on employment than we do (based on their own national law, not EU law), which makes for a much less flexible labour market.  In one sense you could say that this proves pro-Brexit campaigners right – because it shows that there is indeed a cost to (over)regulation.  The trouble is, by comparison with most similar countries (in or out of the EU), UK employment law is not particularly restrictive – and as most employment rules are set at national level, leaving the EU is unlikely to give the UK room to make significant additional savings in that area.  Added to which, over 70% of UK businesses don’t employ anyone at all – so they wouldn’t stand to gain anyway.
Much the same goes for tax;  the EU’s regulation of this area is confined largely to VAT, where it sets a minimum rate of 15% (subject to various exceptions).   All other tax rates are set by the UK, which has significantly lower rates of corporate tax (20%) than say France (33.3%) or Germany (29.72%).  So what EU regulation is business complaining about here?  The survey results may have more to do with the fact that neither tax nor dealing with difficult or under-performing employees comes top of most people’s lists of things they enjoy about managing a business.  But I don’t see a world in which a government would feel able to get rid of employment law altogether – and I certainly don’t see a world in which governments would not collect tax.

How achievable are big savings from deregulation anyway?
Now to the second question:  how realistic are projected savings from deregulation?  Successive governments have been trying to do away with red tape for years – so most of the “easy wins” have already been ticked off (which is one reason why the UK is considered to be one of the least regulated advanced economies in the world).  This means that achieving the supposed £12.8 billion in regulatory savings is likely to be very challenging – if it is achievable at all.  The other problem is that any savings from deregulation may well be offset by losses from leaving the EU.
Let’s assume, for the sake of argument, that £6 billion in annual savings is an achievable figure.  The UK generally gets about £20-30 billion in Foreign Direct Investment or FDI per year (by far the largest share in the EU).  Most economists predict a sizeable chunk of this being lost if we leave the EU – at least 10% (many predict more).  This is because some foreign businesses view the UK’s membership of the EU as a way of accessing the trade advantages explained in my previous post;  instead of choosing the UK, those businesses will be likely to choose other countries which plan to remain members of the EU.  Others will not invest simply because they are concerned about the UK’s economic prospects more generally.  A 10% drop in FDI cancels out half the predicted savings from deregulation.  And FDI is not the only predicted loss – I’ve outlined some of the other probable losses above (and many economists are also predicting a negative effect on sterling and other adverse effects from uncertainty over what Brexit actually means).  These effects combined could easily cancel out any savings from deregulation (and the majority view amongst economists is that they will).

The timing problem
But it’s worse than that, because the loss of FDI and many of the other adverse economic effects are likely to kick in from the day after the referendum – whereas the deregulatory savings won’t kick in until (a) we have actually left the EU (which will take at least 2 years – it took Greenland 3); and (b) we have passed UK legislation to remove the EU regulation and replace it with something else.  It typically takes countries joining the EU 5-10 years to enact all the necessary legislation to become a member;  “de-Europeanising” UK legislation is likely to take a similar amount of time, because new rules will need to be consulted upon and debated in Parliament.  So it is likely to be 5-10 years before the full £6 billion in savings comes on-stream – by which time the UK economy may well have shrunk (meaning there will be even less in the way of deregulatory savings).
Brexit supporters also argue that leaving the EU would allow the UK to do deals on trade – and that increases in our exports would more than compensate for the economic losses from leaving.  But those deals are likely to take 5-10 years to put in place and as argued in my previous post, as a smaller market than the EU, we are unlikely to be able to get ourselves as a good a deal.  Perhaps more importantly, this increase in exports is only going to materialise if more of the firms which don’t currently export at all start doing so.  If they aren’t exporting to the EU already (which, for reasons explained in my last post, is generally easier than exporting elsewhere), why should Brexit suddenly prompt them to start exporting to countries where such trade is likely to be less profitable and more of a hassle?
But what about the “safer out” argument?
Finally, what of the argument that the EU as a whole (with the exception of the UK) is so dysfunctional and plagued with massive problems (the euro crisis, migration etc) that it can only drag us down as a country – so the safest course is to cut ourselves loose from it?   That’s what I’m going to cover in my next post…..