Posted by Paul Samael on Monday, April 16, 2012 Under: Book reviews 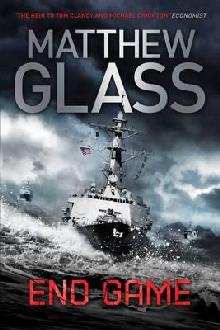 Just finished “Endgame” by Matthew Glass, a highly intelligent political thriller which – despite its somewhat dry-sounding subject matter – had me completely hooked. It’s about how a run on a bank could morph from a major financial problem into something akin to the Cuban missile crisis (but with the Chinese taking the place of the Russians).  It’s worth reading purely for how convincingly this very frightening scenario is laid out.
Other recent books have tried to make connections between military action and the financial crisis – for example, Adam Haslett’s “Union Atlantic” attempts this, but personally, I felt the parallels it attempted to draw were rather strained.  “Endgame”, on the other hand, provides a very concrete illustration of how an economic crisis could ultimately provoke armed conflict.  It is also a great antidote to the many thrillers based on conspiracy theories; it’s not that there are no conspiracy theories in “Endgame”, it’s more that the drama is all around deciding whether the conspiracies are real or imagined.
But a word of warning - if you are expecting lots of action along the lines of a more conventional, Tom Clancy-style thriller, this isn’t for you.  It’s more like “The West Wing”, where the closest you get to the action is generally the White House situation room.   Some people may also find the amount of space devoted to the financial aspects of the plot too much to stomach.
Certain other reviewers (e.g. on Amazon) have said that they did not find the characters sympathetic enough to engage them fully – and if you need a particular individual to “root for”, you won’t find it here.  But I found that the magnitude of what was at stake was sufficient to keep me turning the pages.
I certainly don’t think it’s fair to say that the characters are one-dimensional or fail to develop in the course of the story.  For example, the US President doesn’t initially come across as very likeable, being predisposed to a rather hawkishly simplistic view of the world (although he is certainly no George W Bush caricature).  But as time goes on you come to see him more sympathetically, because although he makes mistakes, he is genuinely trying to do the right thing – it’s just that it’s not at all easy to work out what the right thing is.
So this book certainly won’t won’t be everyone’s cup of tea – but if you enjoyed “The West Wing”, it is definitely worth a look (as is Matthew Glass’s previous novel, “Ultimatum”).
An interesting question is what Western governments can and should do about the problems highlighted in the book (assuming they are genuine – they certainly seemed pretty plausible to me). My prescription would be:
Staying with that theme of misreading signals, the book that “Endgame” reminded me of most was “Fiasco” by Stanislaw Lem.   Now it might seem strange to start drawing parallels with a work of Polish science fiction written during the Cold War, but bear with me here – there is a connection.
"Fiasco" is about an attempt to make contact with an alien civilisation which goes horribly wrong – mainly because the human protagonists misinterpret the signals sent out by the aliens, who are hidden behind dense cloud and radio interference, making both observation and communication extremely difficult.  The exact same problem faces the President and his advisers in “Endgame.”  The opaque nature of the Chinese state makes it difficult to ascertain what, if anything, the Chinese are doing and why they are behaving as they are.  This in turn leads the Americans to attribute hostile intent to actions which were themselves more of a misreading of the situation than a deliberate attempt to destabilise the US economy.  But at least we’re all human – so the gulf of understanding between the West and China ought to be easier to bridge than the situation facing the human characters in “Fiasco” (where the aliens really are very alien indeed).