Posted by Paul Samael on Thursday, September 8, 2011 Under: Book reviews 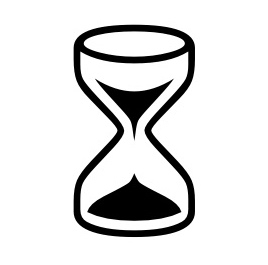 I also read “One Day” by David Nicholls – yes, that one with the orange cover that you’ve probably seen people reading on the train etc.  Many, many people have read this book, so I can hardly claim to be at the cutting edge of new fiction by reviewing it now.  I can, however, claim to have a unique perspective, being possibly the only person in the world to have tackled it after reading a moderately obscure work of Polish science fiction (see previous blog entry).

Anyway, for anyone that hasn’t read it yet (and I suppose there must be one or two people), “One Day” is like a cross between the TV series “This Life” and “Cold Feet”, but with the focus much more on two characters and taking place over a 20 year time span (the “Cold Feet” connection is not terribly surprising since David Nicholls was a scriptwriter on that too).  Most of the praise for this novel is entirely justified - it is very readable, very funny, the characterisation is excellent (and no, it is nothing like Stanislaw Lem – which will come as a relief to those of you who would rather stick pins in your eyes than read Polish sci-fi). So I will confine myself to my one reservation about it, which is this:

What happened to all the politics? The female lead, Emma, is introduced to us as a politically aware creature of the eighties student environment (in contrast to the male lead, Dex, who couldn’t give a stuff about politics).  I didn’t get the impression that Emma’s interest was so shallow that it was pure posturing (although no doubt there is meant to be an element of that). Yet as soon as she leaves university, she seems to lose all interest in it - to the extent that politics doesn’t get another mention until the very end of the book, when there is a brief argument about the Iraq war.  Now I know that a lot of people find politics a big turn-off, but it seemed to me that there ought to have been room for at least the odd reference to things like Thatcher’s departure (surely a big thing for all left-leaning ex-eighties students?) or the subsequent (and for left-leaning ex-eighties students, rather disillusioning) election of the Major government.  Nor would it necessarily have seemed artificial or out of character for such things to be referred to in the novel.  Why, for example, wouldn’t Emma have occasionally goaded the male lead, Dex, about his total lack of interest in all things current affairs-related?

It’s not that I expected politics to be a big element of the book – I just expected it to be there in the background a bit more than it was, at least so far as Emma was concerned.   And I suppose it struck me as odd that a book which is otherwise very ambitious – the 20 year time span is not an easy trick to pull off – had largely ignored that side of things.  Anyway, just a thought – but hey, I’m probably just jealous that I didn’t write it myself (and if I’m honest, wouldn’t be capable of writing anything half as good).  Anyway, it seems that (against expectations given Nicholls’ script-writing background), it hasn’t adapted very well to film, so don’t waste your time on that, just read the book.

Tags: politics
« Back to posts