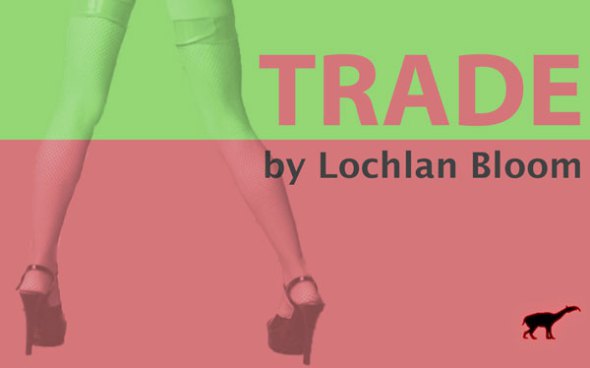 “Trade” by Lochlan Bloom is narrated from a point in the not too distant future when an internet platform (a sort of cross between Facebook and Ebay) has radically changed the way that people approach sex.  Sometimes you have a feeling from the first page that something is going to be worth reading - and for me, “Trade” delivered on that initial promise.  The premise was sufficiently intriguing and enough happened in terms of plot to justify the label “novelette,” with its implication that the story – though only about 15,000 words - will deliver at least some of the things you would normally expect from a longer work.

I have gone on about this before (e.g. here and here), but I do think that ebooks provide a great opportunity for fiction of this “non-standard” length to see the light of day.  “Trade” is a good example of the kind of story that works well precisely because it’s shorter – whereas if you take some ideas to novel length, they can implode under their own weight.  This is especially true with speculative fiction about how things are going to turn out in future because, frankly, who knows how it’s going to pan out – and our record of predicting it accurately is extremely poor.  The problem this gives writers is that the further you move away from current norms, the more likely it is that some readers will say “oh, come off it, I don’t think that’s very plausible” (even though extrapolating from current norms is often a poor way of predicting how the future will turn out).  But it’s a delicate balancing act and if you don’t maintain a degree of plausibility, the story risks losing its impact (because readers will just say “I don’t see what this story has got to do with me – or anyone for that matter” and then you’ve lost them).

“Trade” avoids this by leaving it to readers’ own imaginations to decide how far the future world  which the narrator inhabits would have moved away from current social norms.  It’s clear from what the narrator says that there has been a significant shift in people’s approach to sex - and I did buy into the explanation of that shift, which I thought was plausibly handled.  But quite what that would lead to in terms of its social impact is largely left up to the reader to decide – and whilst some might feel cheated by not having it spelt out for them, I felt it made the story all the more thought-provoking.

At the time of this review, “Trade” was available free of charge on Smashwords.  The author’s website is here and this is a link to an interesting article he wrote on the impact of technology on narrative (well, interesting if you like that sort of thing – although I’d have to admit that it appealed mainly to my inner techno-futurist geek, who some may feel has been indulged far too much already).