Posted by Paul Samael on Monday, June 3, 2019 Under: Random thoughts 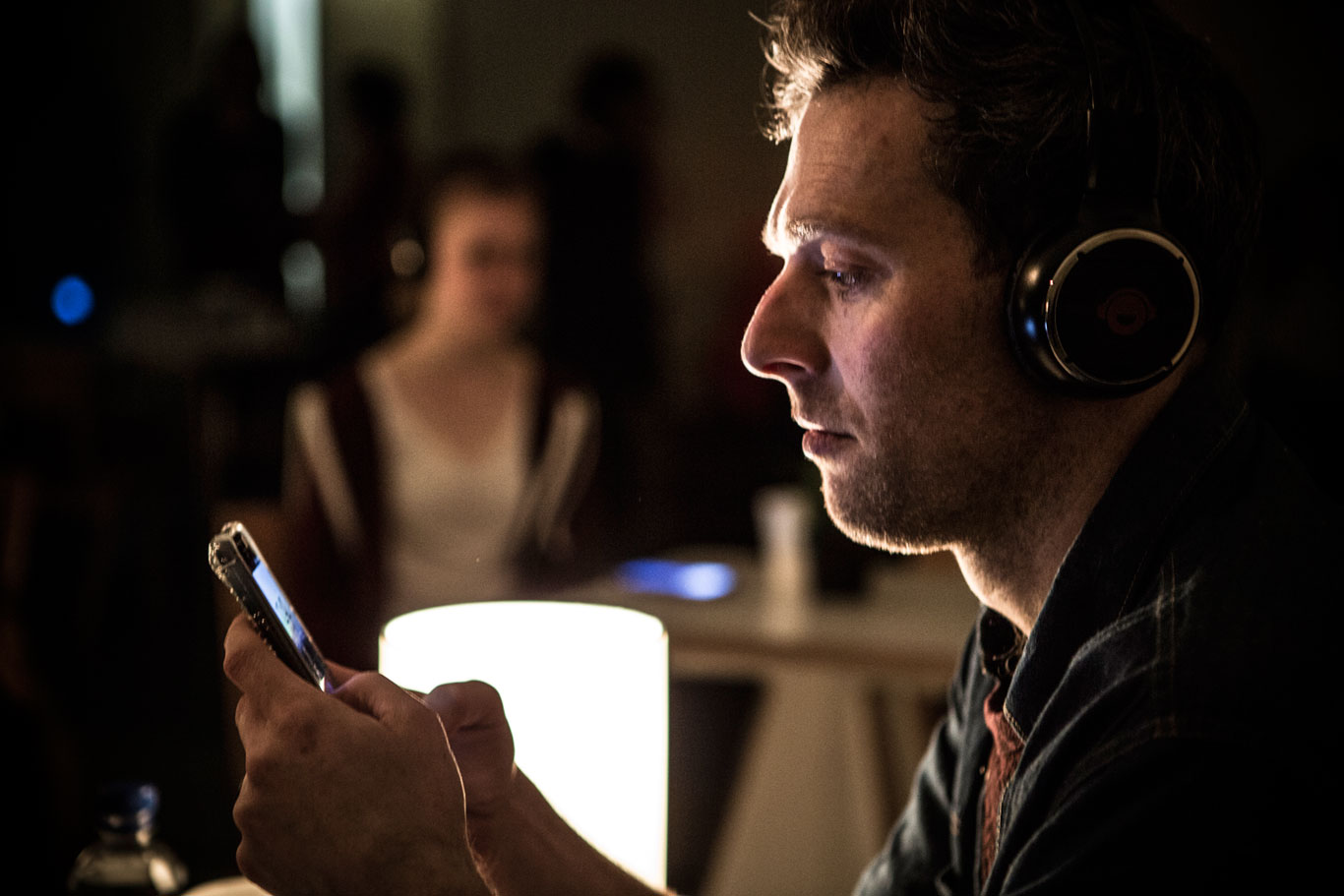 Last week I went to see “User Not Found”, an impressive production by a small theatre company called Dante or Die, which specialises in performances designed for unusual locations.   This one was in a café next to Battersea Power Station.  It’s about what happens to our digital/social media presence after we die.
The play opens with the main character, Terry, sitting in the café with his mobile phone and his headphones on (playing the sound of waterfalls through his favourite app).  We - the audience - are sat in the café with him, also with headphones and mobile phones that are under the control of the production staff.  This allows us to see what  Terry is looking at on his phone (or in some cases, later on in the piece, video imagery reflecting what is going on in his head).  He suddenly starts getting messages of condolence, but has no idea why.  It turns out that Luka, his ex, has died suddenly – and everyone else on social media seems to know about it before he does.  Then he receives an email informing him that Luka has named him as executor of his digital legacy.  It’s up to Terry to decide what to do with it - whether to preserve it as some kind of memorial or just to delete the whole lot.
Apparently it was inspired by an article by Caroline Twigg about what do with her husband’s online legacy after his unexpected death – which is well worth a read.  But “User Not Found” adds an extra layer of complexity and conflict because Luka has left Terry twice over - first when their relationship came to an end several years ago and now again after his death.  Terry hasn’t fully come to terms with the first “departure” and finds himself trawling back through Luka’s social media to see how far it corresponds with his memory of their life together.  The trouble is, Terry wasn’t much of a social media enthusiast – whereas Luka was an early adopter and has managed an impressive 33,000 tweets.  As Terry points out, this is equivalent in word count to “The Brothers Karamazov”.  Unsurprisingly, however, they don’t have quite the same emotional heft as the words of Dostoevsky – and for Terry, the process of going through this material turns out to be a painful and difficult one, rather than a straightforward case of revisiting fondly remembered moments in their shared past.

This might sound like it could be pretty grim viewing but luckily, Terry has a sense of humour, which helps to vary the mood and to prevent the piece becoming overly self-reflective.  The headphones and mobile phones, which could easily have turned out to be a bit of a gimmick, were also highly effective, as was the lighting (cleverly integrated into lamps on the tables, which you initially think are just part of the café’s own décor).  Although a lot turns on the central performance, a great deal of work and careful thought had clearly gone into the creation of the digital material as well (I especially enjoyed the music video by a fictional French pop star, who Luka thought was great - but Terry can’t stand).
When I first read about the play, I had one of those “I wish I’d thought of that” moments, because it struck me that this idea had the potential to work very well as a short story.  But having seen the play, I think it would be difficult to convey Terry’s grief on the page quite as a powerfully as the production was able to do through the performance of an actor.
It also prompted me to do a bit of Googling around the whole issue of digital legacies.  It does seem that some people find it helpful to look back through digital material in order to come to terms with the death of a loved one – but others, I suspect, will be more in Terry’s camp, finding that the frothy, relatively superficial nature of social media is no match for their own more “three dimensional” memories of what a person was actually like.
A lot may well depend on your own use of social media.  For example, if you regularly communicated with the dead person through social media or messaging apps, it’s possible that certain material which would seem quite unremarkable to most people has a special meaning for you – because you know the context.  If, like Terry, you’re not exactly out of the loop on all that stuff but not massively into it either, then it may have the opposite effect – making you feel frustrated and disappointed because social media simply can’t carry the weight of your feelings.  But we probably shouldn’t be surprised by that – because when people tweet something or post on Facebook or Instagram etc, they are not generally thinking “I wonder what people will make of this if I die tomorrow”.  So it’s unreasonable of us to expect their digital utterances to bear the weight that our own feelings about their death might give rise to.
There seemed to be more of a consensus that material which people had quite deliberately put together before their death as a digital legacy was generally helpful in the grieving process.  But of course that requires people to have applied their minds to the possibility of their death – and not everyone will have done that.
And then there is the question of what tech firms and technology itself will allow us to do with people’s social media presence in future, after they’re gone.   Tech firms clearly have some work to do on that front, although the problems don’t strike me as insoluble.  Perhaps the more interesting issue is what technology will enable us to do.  Take a look at this article, which is about feeding an AI with tens of thousands of someone’s text messages in order to create a chatbot that would respond to texts in the same style as the deceased (in one of those weird internet coincidences, the firm that created the chatbot just happens to be called Luka….).