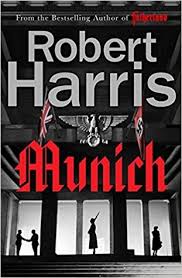 We seem to be living through an age that puts an unhealthy premium on “authenticity”.  Politicians who are said to have this characteristic are excused any number of glaring faults - just look at Donald Trump or, closer to home, Boris Johnson, Nigel Farage and (at the opposite end of the spectrum) Jeremy Corbyn. They can say or do things that would be career-ending for other politicians – but they are tolerated, even praised for this, because they are regarded as being “true to themse...

Me Blackberry Fool, You Apple Tart

"Me Blackberry Fool, You Apple Tart" by Amelia Slocombe is chick lit, which is not usually my genre of choice - but it caught my eye because one of the characters is a lawyer in a London law firm, which happens to be what I do for a living too.  I have also made a bit of a thing of trying to be a bit more open-minded when it comes to books which I have a tendency to dismiss as "not my thing", especially when it comes to free fiction by self-published authors (as in this case).

Having said that...
Continue reading...

To Kill the President: a (non) review

Just finished "To Kill the President" by Sam Bourne.  It wasn't bad - and although we never meet the President, I'm fairly sure I know who the author had in mind.  But who cares what I thought about it?  Here's what the Leader of the Free World made of it (allegedly), when it was drawn to his attention:
@realDonaldTrump tweeted:
Sam Bourne is a total loser and hater who made up a story to write this really boring and untruthful novel. More FAKE NEWS!
@realDonaldTrump tweeted:
Great reporting from...

Jon Evans and the techno-travelogue thriller

UPDATE 5.2019 - irritatingly, all the links to Jon Evans' novels below were to copies available free of charge on Feedbooks, which has now shut down its self-publishing platform - so the links no longer work.  Happily though (as at the time of updating), you could still find all the novels listed below on Wattpad free of charge - the main disadvantage is that you can only read them through Wattpad's interface on a web-enabled device (unlike Feedbooks, there's no option to dow...

Copyright registration: is it worth it? 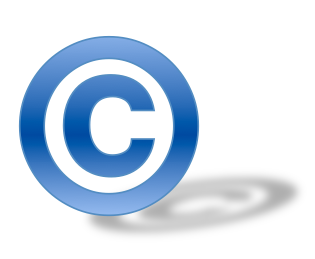 On author sites like youwriteon.com (which I reviewed here), you sometimes see adverts for services like this one:
http://www.copyrightprotectionservice.com

These companies typically charge a fee for "registering" your copyright for a period of years.  Some of the sites even look a bit like official agencies (they are not - they are businesses who are in it for a profit).

So is there any value in registering your copyright with them?  I dare say some authors are tempted to part with their hard ...
Continue reading...

“All Out War” by Tim Shipman seeks to answer the question “why did the UK vote to leave the EU?”  As you might expect, there were many reasons – but what the book conveys quite well is that there was no inevitability about the outcome (there were, after all, only about 700,000 votes in it, on a turnout of 33.5 million).  If even a relatively small number of things had played out differently, Brexit might not be happening.  Here are just a few examples:


Just over a week ago I posted a comment on an interesting article in The Bookseller entitled "When does a writer become a professional?".  My aim was to provide some evidence to back up what the author of the article was suggesting about how you don't necessarily need to be earning a living from your writing in order to feel OK about taking it seriously - for me, it all depends what your criteria for success are.

I explained that I had decided to offer my work for free (because getting reade...
Continue reading... 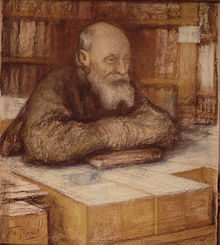 Having written a novel which draws quite heavily on ideas about the "Technological Singularity", I thought I knew a fair amount about it already.  But a recent article in the The Guardian by Meghan O’Gieblyn entitled “God in the machine: my strange journey into transhumanism” exposed some gaps in my knowledge and encouraged me to revisit the subject – which I haven’t really been back to since I self-published the novel in 2012.
The Technological Singularity is an idea most closely as...

March 26, 2017
Went on the pro-EU march in London at the weekend - which may be something of a futile gesture, as Theresa May seems set to give notice to leave under Article 50 this week.  But if it helps to deter some of those in government from pursuing some of the more extreme forms of Brexit which are being seriously talked about (such as walking away without any sort of deal at all with the EU - absolute madness in my view), then it will have been worth it.  There were quite a few good placards but my ...
Continue reading...