Posted by Paul Samael on Saturday, August 12, 2017 Under: Book reviews

“All Out War” by Tim Shipman seeks to answer the question “why did the UK vote to leave the EU?”  As you might expect, there were many reasons – but what the book conveys quite well is that there was no inevitability about the outcome (there were, after all, only about 700,000 votes in it, on a turnout of 33.5 million).  If even a relatively small number of things had played out differently, Brexit might not be happening.  Here are just a few examples:
And here’s another one….
Shortly before the vote, campaigning was suspended for several days because a Labour MP and Remain supporter, Jo Cox, was shot and killed by an extreme nationalist.  On the face of it, you would have thought that such an event would have tended to make people vote Remain, in reaction to the Leave campaign’s populist rhetoric on immigration – and this is certainly what many people assumed at the time.  But the book suggests that it may in fact have had the opposite effect – by lulling reluctant Remain supporters into believing that they didn’t need to turn out and by giving undecideds licence to vote Leave in the belief that it would be a protest vote, but wouldn’t actually lead to Brexit.

Could Jo Cox’s murder have led 700,000 wavering voters to plump for Leave rather than Remain?  In and of itself, probably not, but with a vote that close, everything counts – and if only  two or three factors had broken in favour of Remain rather than Leave during the campaign and in the run-up to the vote, the outcome could have been different.  Of course, by citing all these examples, it looks like I’m just making excuses for why Remain lost – when in fact, the picture is more complex and as the book illustrates, the Remain campaign made a number of serious and avoidable mistakes:
Fighting the last war
Instead of being a genuinely cross-party effort, the Remain campaign came across as dominated by the government and the Prime Minister in particular. This may well have had the effect of encouraging those who disliked him or wanted to register a protest against the government to vote Leave.  But the biggest mistake of all was probably “fighting the last war” instead of realising that different tactics were required.
At the election in 2015, which the Conservatives unexpectedly won, they campaigned heavily on a message about not taking risks with the economy.  The message in relation to the Scottish independence referendum had been similar – “don’t risk it” – and had resulted in a vote for the status quo.  Having worked twice, the Prime Minister and his team thought this focus on economic risk would win them the referendum as well.  But it turned out people weren’t so receptive to that message this time – especially when the Leave campaign’s response was to dismiss it as “Project Fear” all the time (rather than try to engage with the argument).

So focussed was the Remain campaign on this essentially negative message about economic risk that it failed to convey any positive sense of why it was worth staying in the EU. So when the Leave campaign kept repeating that if people voted Leave, they could expect to get back the “£350 million per week” that it claimed was the cost of EU membership (this was a brazen lie – the true cost is less than half that), many voters had no real idea what benefits the UK's membership contribution bought them.  I would be the first to admit that the benefits of the Single Market are not straightforward to explain (I attempted it in this series of posts - and it is not an "easy sell").  Years of eurosceptic media coverage haven't helped either (see this post).  But the trouble is that the Remain campaign didn’t even really try.

NOTE:  polling indicates that a significant proportion of the electorate - particularly those who voted Leave - actually believed the £350 million figure and the claim that it could and would all be spent on the NHS.  A poll at the time of the referendum indicated the figure was 47% of all those surveyed, whilst a poll in August 2017 has the figure somewhat lower, at 25% - but either way it is more than enough to have made a difference to the result.
Failure to take remedial action
Towards the end of the campaign in the referendum on Scottish independence, the polls appeared to be very close.  This prompted all the main political parties to make a commitment to giving Scotland more devolved powers provided it remained within the UK.  The tactic appeared to work and the vote went in favour of staying in the UK. 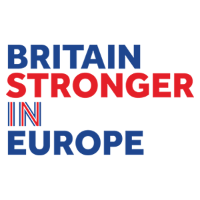 Faced with similar polls in the EU referendum, the Remain campaign considered doing something similar on immigration e.g. announcing that if we stayed in the EU, there would be measures such as a migration impact fund to alleviate pressure on local services in areas which had high numbers of EU migrants.  Had this been presented on a cross-party basis, who’s to say this would not have been sufficient to persuade 700,000 voters that their concerns about migration were being heeded (and they did not need to take the risk of voting Leave to make their point)?  But the Prime Minister and his team decided against it, in part because it would distract from their core message of economic risk.
Crap polling data
To make things worse, the Remain campaign’s own polling misled them into thinking that they were doing the right thing in focussing on this message.  In fact, their polling model was seriously flawed because it assumed that a significant number of people who hardly ever voted at general elections would not vote in the referendum either.  This proved to be a serious miscalculation;  parts of the Leave campaign (see below) were very effective in appealing to a section of the population which felt alienated by mainstream politics and turnout amongst those voters was actually relatively high.  If Remain had only realised this, they could have adjusted their message accordingly – but instead they stuck doggedly to their one and only tune of “don’t risk it”.
Refusal to fight fire with fire

The other major error was that the Prime Minister and his team were so focussed on preserving unity within the Conservative party after the vote that they refused to authorise attacks on leading Conservative politicians campaigning in favour of Leave.

The support of figures like Boris Johnson and Michael Gove (pictured above*) gave the Leave campaign a veneer of intellectual respectability which it should never really have had (especially given that Leave supporters did not have - and still don’t have – anything which can be described as a coherent plan for Brexit).  Yet they were allowed to get away with brazenly untrue claims such as the £350 million a week figure highlighted above.

* Just be grateful that I did not select these far more disturbing images of Gove drinking water and clapping.
What the book doesn’t get right
The book brings out all the above points quite well.  But in my view it gives the Leave campaign too much credit for their victory.  In particular, leading figures in that campaign such as Dominic Cummings, Aaron Banks and Nigel Farage are (broadly) presented as possessors of maverick political genius, simply because they won.  I’m not saying they don’t deserve some credit – in particular, their ruthless and cynical “the end justifies the means”-style  approach was highly effective.  But as Napoleon apparently said, he liked generals who were lucky – and I would suggest that those in charge of Leave enjoyed quite a lot of luck.

In many situations, this would have been a recipe for a disastrously disunited and confusing campaign.  But in the particular circumstances of the EU referendum, it turned out to be an advantage.  Leave.eu was very much more focussed on populist issues like immigration and as noted above, was very successful in persuading voters to turn out who very rarely voted at general elections.  Vote Leave meanwhile had more establishment political figures and looked more respectable – which was effective in persuading people who were turned off by the likes of Farage and Banks (and inclined to regard them as extremists) that it was “safe” to vote Leave. 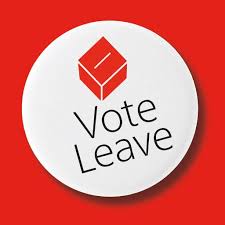 So in reality, both Leave campaigns needed each other – although neither is prepared to admit that and they still appear to despise each other.  Add to that the fact that the Remain campaign made a lot of mistakes and Leave’s victory looks a lot less like the outcome of masterful planning - and more like the result of a series of (for them) fortunate coincidences.
Weak analysis and a weak conclusion
I also can’t share the author’s frankly bizarre conclusion that too much fuss is being made about Leave’s Trump-like relationship with the truth and we should all just get over it. I can’t recall a previous campaign in the UK where such brazen lies were told and yet those telling them were not called out by the media.   But as a member of the media himself, the author was never going to point the finger at his own kind.  So all in all, a very interesting and at times entertaining read, but badly let down by flawed analysis of the “bigger picture.”
You might also be interested in:

Tags: "all out war" brexit politics remain leave "eu referendum"
« Back to posts