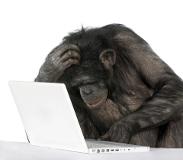 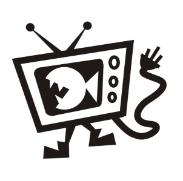 Paul Samael writes fiction, all of which is available free (in ebook format). I also review free fiction by other self-published writers and write a blog (see below). Paul Samael is a pen name. He doesn't really live anywhere, except cyberspace.  The real me lives in London, UK.  On this site, you can find:

For anyone eager to know more (surely you have better things to do?), here are some links that may or may not satisfy your curiosity (see also the timeline below):

Jul 2011 - started this website, having decided (after much dithering) to self publish my novel.  Had been writing the novel on and off for some considerable time  (another process that involved much dithering).  At the time, I feared that self-publishing it might well turn out to be something of a futile gesture - but I've been pleasantly surprised by how it went (see below).

Aug 2011 - put excerpts from novel on peer review site YouWriteOn.  This was partly with a view to getting some reviews (click here for my take on whether it's OK to use the good ones to publicise your book) - and partly just to convince myself that it really was worth putting it out there in front of the wider world.

Nov 2011 - published short story "The Hardest Word" on Smashwords.  The idea was to get some get some experience of the self-publishing process before publishing the novel. I also thought that if I had a few shorter pieces available, people could try those before embarking on the novel.  Not convinced this strategy has actually worked though.  Generally speaking, shorter pieces seem less popular with readers - I wish it were otherwise (personally, I rather like short stories), but there we are.

Feb 2012 - started doing reviews of free fiction by self-published authors on this site.

Jun 2012 - after quite a bit of rewriting and some more dithering (there's a bit of a theme here, isn't there?), finally published my novel.

Nov 2012 - novel pirated on Amazon.  Can this really be considered a publishing milestone?  Well, conventional publishers may not have been interested, but some very discerning Chinese pirates obviously saw its enormous sales potential....

Mar 2014 - published short story collection "The Hardest Word and Other Stories" on Obooko (features all the short stories listed above, plus an extra one called "Gadara").

2014 - 2018 - haven't written much fiction during this period, partly due to illness, but have kept on with the website, writing about self-publishing, continuing to do reviews of free fiction by self-published authors and occasionally reviewing conventionally published fiction (click here for all book reviews).  Also made some valiant attempts to persuade people not to vote for Brexit in 2016. These failed miserably.

Oct 2018 - finally got around to publishing novel on Amazon using Kindle Direct Publishing (KDP).  Sat back and watched it storm the bestseller list (ha! if only....).

Oct 2020 - published the novel on its own dedicated website, so that people can read it on any web-enabled device (without needing to download it as an ebook).   Alas, judging from the visitor stats, it's far from clear that anyone else thought this website was a good idea - so if I were you, I'd think twice about whether it's worth bothering to make your book available in this way.  But if you're interested, it also includes a collection of poems (quite a few of which appear in the novel, although the longer ones don't).

March-May 2021 - managed to persuade Amazon to make the novel available for free and with the help of some book promo services, got just over 2000 downloads of the Kindle edition (at some point in Autumn 2021, Amazon increased the price back to £0.99 - although by this time, the effect of the book promos had largely worn off).

June 2021 - finally got around to doing a paperback edition of my novel.

February 2022 - So, has it been worth it?  Well, over time, my novel has garnered a reasonable number of positive reviews  and now has over 9100 downloads on Smashwords, plus a further 2000 odd on Amazon.  On Smashwords, the short stories have had between 674 and 2392 downloads to date (depending on the title and how long it's been available), together with some positive reviews as well.  I've probably had a few thousand more downloads in total via other sites such as Feedbooks (now defunct) and Obooko, plus downloads in the low hundreds via Apple iBooks, Barnes & Noble and Kobo (I use Smashwords to distribute to these platforms).  Of course, it's unlikely that all those people who downloaded my stuff have actually read it - but it's a lot better than I expected when I started out (and making it free has meant that I haven't had to invest loads of time in promotion).